a spy thriller by Rory Tate 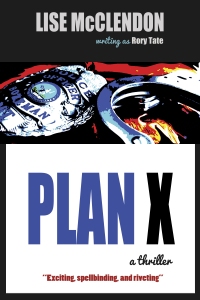 PLAN X is a spy thriller featuring police officer Cody Byrne, just back from a tour in Iraq as a Reservist. She’s dealing with the psychological effects of that when she’s assigned to find the next-of-kin for a Shakespeare professor injured in a campus explosion. The search for his relatives, and who he really is, leads her around the world where she confronts her estranged father, an MI5 agent. A forged Shakespeare play, a massive cover-up, panic attacks and the nature of duty in the face of tragedy… you’ll find all this and more in PLAN X.

This is one of the best crime/mystery novels I have ever read and I’ve read a lot of them. The action begins in the first chapters and continues up to the end. Ex
citing, spellbinding and riveting. 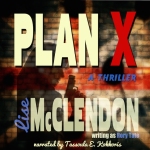 listen to a sample on  Audible • Amazon •  iTunes

E-thrillers chose PLAN X as a Thriller of the Month!

Here’s what their reviewer, Jane Brown, had to say:

Plan X is a mystery/crime/spy novel. The Protagonist is Bozeman Police Officer Cody Byrne who returns from a tough tour of duty in Afghanistan where she had a close encounter with an IED. She is traumatised and suffers from panic attacks (she reminded me of M R Hall’s character the Coroner Jenny Cooper).  This story crosses international borders from Montana to England and back.

It feels at first like this is just going to be a crime novel, but after an arson attack and murder at a Bozeman university this explodes, affecting Cody Byrne’s life and uncovers centuries old pages spread around the university, her family and the globe that could be part of Shakespeare’s final and unpublished drama. This could be the Shakespearean holy grail.

I enjoyed this as I warmed to Cody. There is a great mystery story entwined with an insight into M15. This is a roller coaster of a read from the first page and I was hooked. What a find.

I had not come across Rory Tate before and she is now on my wish list to read her other novels.

Indie Reader Approves!  A quick and thoughtful thriller that takes Officer Cody Byrne around the globe in a series of murderous twists that include shocking personal discovery, Shakespearean drama and royal connections that she never could have seen coming.

A sizable chunk of the story takes place in London and Windsor. There’s only one lonely review on Amazon UK for PLAN X but it’s a doozy. Here’s what Peter Turnbull had to say:

This is genuinely one I couldn’t stop reading. Took it to bed last night and didn’t get any sleep, I just had to keep reading.
The main characters were brilliantly fleshed out and believable and the story just flowed. Quite a lot of investigative work with some conspiracy thrown in. A masterpiece. 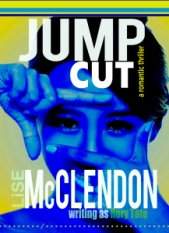