a romantic thriller by Rory Tate 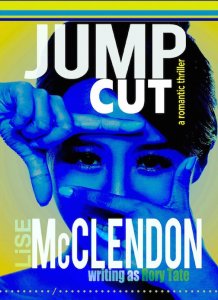 Watch the video here to see all the Seattle places featured in the novel.

A Fun & Exciting Read
By Tom O. Powell
I could really give this story four-and-a-half stars, I enjoyed it so much. “Why?” you may ask. Well I’ll tell you. I loved Mimi and her out-of-control life, though I’ll admit it did get depressing when EVERYTHING seemed to go wrong for her. I actually wanted to smack the younger, “hotter” girl reporter for what she did to Mimi, but she got what was coming to her. Served her right, too. Same with her scum ex-husband. I also liked Shad, the cop, and I was dying to know who was setting him up and how he’d get out of it. Mimi’s family was weird but funny and I liked all of them. Except her dad, who was a total loser, but he did do something good in the end. (Call me weird but I thought it was great when Maddie sang that song at the funeral – it just seemed fitting. Makes me want to use it for my own funeral!)In conclusion, I do recommend this book. It seems to jump around sometimes (hence the title) but don’t give up cause it all comes together at the end. I thought it was a fun and exciting read. You should try it. 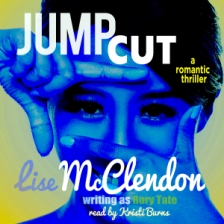 Check it out on Audible, Amazon, and iTunes

Keep up with all the book news & sales: click here.

As Rory Tate I write crime thrillers that are edgier than my other novels, a little more action-y, featuring smart, capable women protagonists who generally get in over their heads from time to time.  Who is this Rory Tate? I envision him/her as a tough journalist turned crime writer.
Here’s the bio: Rory Tate attended an Ivy League university, majoring in slacking and history, then found work in the field of journalism. Self-taught in broadcasting Rory discovered a knack for being in the right place at the right time, and the perfect margarita. A lover of war zones and dark alleys behind the Iron Curtain, Rory caught flack once too often and retired to the computer to spin behind-the-scenes tales of news rooms, danger, and the possibility of being your own worst enemy. Read more about Rory on Facebook A winter storm dumps a foot of snow on Seattle’s steep streets, creating chaos just before Christmas. In this story set just before the events of ‘JUMP CUT’ reporter Mimi Raynard must use her womanly wiles to get a confidential source to spill the beans. That she might scoop her ex-husband at the television station out of a story just makes the trap that much sweeter.

First published in the anthology, DEAD OF WINTER, The Honey Trap is available for the first time as a single story on Amazon for your Kindle.

Free for Prime and Kindle Unlimited.