Fiction as a Mirror

As crime writers we often get our ideas from the news. Remember newspapers? You still read them, I hope. Where else can you find in-depth stories about the world, where you live locally or the wide world beyond your circle? Sometimes as a writer you don’t know where your ideas come from exactly, they just pop out of the ether or the news cycle, and percolate in your mind. 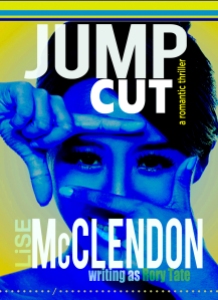 That was the way it worked for me when I wrote a book about heroin, sex trafficking, and TV news. I majored in broadcast news in college and although I didn’t work in the field I am an avid observer — not that difficult in this day of 24-hour news. Although sex workers and drugs may seem like dark subjects, and they are, I made the center of my story a funny, struggling young woman, very much a career girl of today.  I wanted to write about an ethical but hapless television reporter whose ambition to get away from her ex-husband, now her boss, leads her into trouble. That novel, Jump Cut, reference to a ‘jumpy’ editing transition, was published in 2011.

As writers we often are immersed in our subject but then we write the book and go on our merry way, writing on some other topic. So when this story about the new heroin problem in the US popped up on the New York Times I stopped. And read it. All the way to the end.

“So we are at a strange new place. We enjoy blissfully low crime rates, yet every year the drug-overdose toll grows. People from the most privileged groups in one of the wealthiest countries in the world have been getting hooked and dying in almost epidemic numbers from substances meant to numb pain. Street crime is no longer the clearest barometer of our drug problem; corpses are.”

The article is about the dramatic increase in suburban heroin addiction in the least likely places, and the new distribution strategies Mexican growers are using, without the big cartels. In Jump Cut three prostitutes overdose on tainted Mexican heroin in Seattle. They are Russian-speaking women (how they arrived in the U.S. is part of the story.) Unlike the Times story they aren’t suburban teenagers who are replacing their Oxy addiction with cheaper heroin, but they are addicts. Their story is the catalyst for Jump Cut. Reporter Mimi Raynard has her own journey first, bungling their news story, looking for a new job, ultimately on her own except for the help of narcotics detective Shad Mulgrew. They both have to redeem themselves and solve this triple homicide.

The events in this Seattle story are fictional. But heroin addiction and human trafficking are still problems in this country and around the world. For research I didn’t, as one fellow writer suggested, try heroin. I did a ride-along with the Seattle narcotics detectives — great guys in a brutal business. I interviewed them and watched them do a take-down of a drug buy at a suburban shopping mall parking lot. By the time I wrote this novel heroin had ceased to be a huge epidemic in Seattle. But it didn’t just stop being a problem. It moved somewhere else, with new victims, new dealers, new addicts.

But there is hope. We could learn a lot from Portsmouth, Ohio.

Some places have gained ground on the epidemic. Portsmouth, Ohio, was among the first to see a generation addicted, and pill mills — pain clinics where doctors prescribed pills for cash and without a proper diagnosis — were virtually invented there. Portsmouth, like a junkie who has hit rock bottom, has found within it a spirit of self-reliance that has helped kindle a culture of recovery. The town shuttered the pill mills. Narcotics Anonymous meetings are now everywhere; recovering addicts are studying to be counselors. And after years of watching jobs go abroad, in 2009 townspeople stepped in to save one of Portsmouth’s last factories — a shoelace manufacturer, which now exports shoelaces to China, Mexico and Taiwan.

Like Portsmouth, we need to take accountability for our own wellness. There is a time and a place for pain pills, of course. But we need to question the drugs marketed to us, depend less on pills as solutions and stop demanding that doctors magically fix us.

It will then matter less what new product a drug company — or the drug underworld — devises.